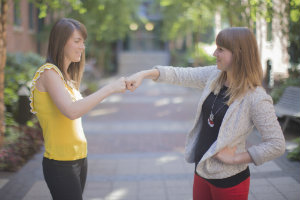 The number of young people under 16 with a part time job has dropped by 20 per cent since 2012, according to newly released figures.

The statistics, released under the Freedom of Information Act, reveal that the number of child work permits given to companies looking to employ under 16s in traditional ‘Saturday jobs’ has plummeted to 23,071 from 29,498 in 2012.

Employers need to apply to their local council for a licence to recruit young people aged 13 to 15 for work such as paper rounds, leaflet drops and other part time jobs.

Of the councils who responded to the survey, Norfolk and Dudley emerged as the areas most likely to have young people working, with around 1 in 20 under 16 year olds having a licence to take on a part time job last year. Between those two councils, over 1,800 permits were issued in 2016, compared with just seven in Middlesbrough.

Attempting to explain the sharp decrease in most regions, the University of Essex’s Dr Angus Holford, who works within the Institute for Social and Economic Research, said that young people are now focusing more on getting good grades rather than earning some pocket money and gaining work experience with a part time job while still at school.

“Teens are being told evermore that you need to get good GCSEs and A-levels to get a good job in the long term. Passing the exams you need now is looming larger in people’s concerns,” said Dr Holford.

The General Secretary of the Association of School and College Leaders, Geoff Barton, commented on the benefits which part time jobs bring to young people, but said that a balance must be struck in order not to disrupt their study commitments.

“Properly regulated part-time work is a good way of helping young people learn skills that they will need in their working lives. It is vital that young people, and their parents, ensure that any part-time work they are undertaking leaves them with sufficient time for study and rest,” said Mr Barton.

However, other experts have argued that rather than being down to exam stress, the fall in under 16s working in part time positions could also be explained by the fact that there simply aren’t as many of the old-school type jobs for young people – such as paper rounds – on offer these days due to changes in lifestyle. More and more people are taking their news from online outlets rather than from a print newspaper, for example.

Speaking in favour of Saturday jobs to The Guardian newspaper after the figures were released, Adam, a former newspaper boy who is now a 19 year old security guard, said: “My first job was a paper round. In the summer it was good. In the winter not so good. I learned that it was hard work.”

“I did that when I was 15 and 16 years old, and it wasn’t good money, but it still taught me how to work for it. I would 100% say that a Saturday job is beneficial because you learn stuff and you can always do with a bit of extra money without having to ask your parents,” added Adam.

If you are a young person looking for work experience and a bit of extra pocket money then enter your town or city in the location field at the top of this page to see what is available today.