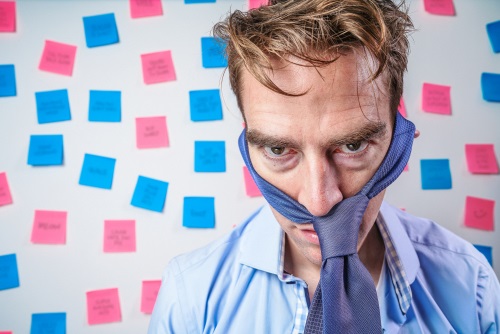 A new survey of close to 3,000 full and part time UK staff has shown that 50 per cent of workers felt that they had made a gaffe on their first day of work.

Many of the first day blunders and mistakes are pretty familiar – such as arriving late or blurting out something stupid because of nerves – but other gaffes were more obscure and might surprise you.

The research, commissioned by 4imprint, a printed products firm, revealed that many people fret about what to wear to work on their first day, with almost 3 in 4 respondents wishing they could have had a uniform to make things easier. More than 4 in 5 workers said they would have felt more comfortable on the first day of work if they had been confident about what clothes to wear.

Some people admitted that they had sent a ‘sensitive’ email, supposed to be for the eyes of one individual only, as a ‘send to all’ email throughout the company. Other people had been told that they weren’t the company’s first choice for the role.

Some first day workers found they had no desk or computer, while others found that they did have a computer but couldn’t work out how to turn it on.

Commenting on the survey’s findings, a spokesperson for 4imprint said: “Starting a new job can be intimidating for a variety of reasons. From not knowing who you’ll be working with, not being 100 per cent sure how to get to your new workplace and worries over what to wear can make for a nerve-wracking first day. Our study found the importance of what you wear to work can make you feel as comfortable as possible on a first day and help create a great first impression.”

“A decision can be made about a person within 26 seconds of meeting them, which is why appearance is so important. Corporate work wear can provide reassurance to new starters and if your organisation operates in the service or retail sector then staff uniforms can also be vitally important for customers,” added the spokesperson.