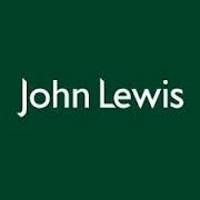 B&Q, COOK, Dixons Carphone, John Lewis Partnership and Tesco have signed up to a year-long scheme by flexible work specialist Timewise which has seen them pledge to help retail work to progress in the sector in part time roles.

The pilot scheme aims to address the problem where career progression in the retail sector is hampered because of inflexibility in working hours.

More than fifty per cent of staff in the retail sector think that working part time will prevent them from moving up the career ladder, yet more than sixty per cent say that they would like a management role if the hours were more flexible.

Commenting on the Timewise scheme, Chief executive of British Retail Consortium, Helen Dickinson, said: “As the largest private sector employer in the UK with three million people working across retail and wholesale, the pay and progression of our staff is incredibly important to us. Flexibility is the second most important reason to work in retail, but in some cases this is a trade-off which may hold some people back from fulfilling their potential or optimising their pay.”

“It is important that these part-time workers are able to progress within organisations when they choose to,” added Ms Dickinson.

Timewise’s chief executive, Emma Stewart, explained why they were behind the initiative, saying: “Flexibility in working hours is one of the most important reasons why people choose to work in retail. With a post-Brexit labour market in sight, jobs designed with their people in mind is what will create a win-win situation for UK retailers – from being able to attract the best possible people, maximising the skills of their existing talent, ensuring career progression, and addressing challenges such as low productivity.”

If successful, the year long pilot scheme will be rolled out with more retailers on a permanent basis.

Apply for the latest part time retail vacancies in your area now.