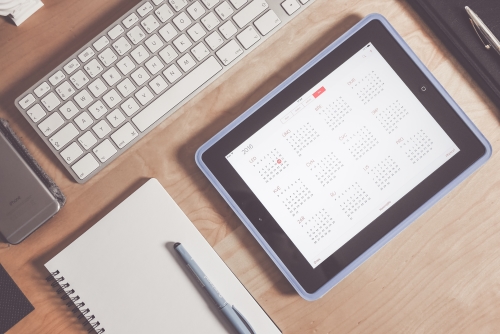 Wednesday 9am – The Best Time To Apply For A New Job?

New research from Job Today has revealed that Wednesday at 9am is the best time to apply for a new full or part time job.

The survey also revealed that by 1pm in the afternoon, the number of people applying for jobs had peaked, suggesting that applicants who left it until later in the day might already have their CV buried underneath too many others.

Commenting on their statistics, Polina Montano, co-founder of Job Today, said: “I would always recommend being enthusiastic and starting early in the day to look for a role whilst others might be having a lie in.”

“Our insight shows that by lunchtime on Wednesday employers will start to receive a flurry of applications so why not get in their first and get noticed,” asked Ms Montano rhetorically.

So, that’s it then is it? Wednesday morning is simply the best time to fire off your cv if you want to give yourself the best chance of landing the job?

A 2013 study by event rentals firm Bright.com revealed that Monday was statistically the best day to apply for a new job (and that Saturday was the worst day).

And research in 2015 by SmartRecruiters revealed applying for job on Tuesday actually gave you the best chance of success.

So, now, in 2018, it’s Wednesday, right? Maybe it just moves forward a day every couple or three years?

Well, no, because a 2013 study by eFinancialCareers revealed that Friday was already the best day to apply for new jobs.

Confused? So are we!

However, we can’t track down any studies which suggest that Thursdays, Saturdays or Sundays are the best days to apply for vacancies – so maybe you can scratch those days off your list.

And, everyone seems to be pretty much agreed that early in the morning gives you the best possible chance of landing the gig.

So get your applications off early doors on Monday, Tuesday, Wednesday or Friday and you should be in with a shout…

And make sure your CV stands out from the crowd!