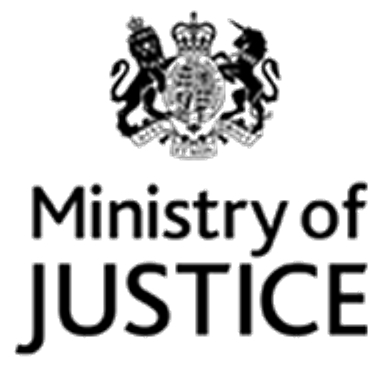 Ministry of Justice Creating 2,000 New Jobs Outside Of London

The UK government’s Ministry of Justice is creating 2,000 new full or part time jobs outside of the capital, London.

Around 1 in 4 of the new jobs will be created in Wales and a further 1,500 vacancies will be spread throughout a variety of locations in England.

The move is part of the government’s Places for Growth initiative which seeks to ‘level up’ communities outside of London and the South East by relocating civil service staff to other regions.

The Justice Ministry has joined other government departments such as the Home Office, Housing & Communities and the Cabinet Office, which have also stated they will be gravitating staff from London to other areas of England and Wales.

Across all of its departments, the UK government is seeking to relocate over 22,000 roles from London before the end of 2030.

As part of the long term strategy, the Ministry of Justice is set to launch new regional hubs – to be dubbed Justice Collaboration Centres – in Brighton, Cardiff, Ipswich, Leeds, Liverpool, Nottingham and South Tyneside.

As well as these seven larger Justice Collaboration Centres, the Ministry of Justice will also launch smaller Justice Satellite Offices to further regionalise the department.

Around 7 in 10 Ministry of Justice staff are already based outside of London and the South East, but the department will continue to move more civil servants closer to the communities they represent, with 2,000 vacancies to be relocated from the capital within the next eight years.

Announcing the plan, the Secretary of State for Justice and Deputy Prime Minister, Dominic Raab, said: “This Government is committed to spreading opportunity more equally across communities and tackling regional inequalities. By having more of our staff based outside London we can recruit the best people wherever they live so that the justice system benefits from more diverse backgrounds, outlooks and experience.”

Antonia Romeo, Permanent Secretary for the Ministry of Justice, welcomed the strategy, saying: “Broadening recruitment into the Ministry is crucial, not only because it creates opportunities but because it helps us to be more innovative and make better decisions.”

“Moving more than 2,000 Ministry of Justice roles out of London and the South East by 2030 and opening new regional offices across England and Wales will help ensure we are hiring the most talented people from all geographies and backgrounds to help deliver for the society we serve,” said Ms Romeo.

Steve Barclay, the Chancellor of the Duchy of Lancaster, also commented: “It’s brilliant to see the Ministry of Justice is offering increased opportunities around the UK with the opening of seven new offices across England and Wales; a clear demonstration of the government’s ambition to level up local communities by delivering long-term career prospects to their area rather than the previous heavy concentration on central London.”

“Through our Places for Growth Scheme, we are bringing more opportunities and decision-making closer to the communities we serve,” added Mr Barclay.

© 2022 UK Part Time Jobs powered by Careerleaf Job Board Software v.3.7.2a
We use cookies to ensure that we give you the best experience on our website. By selecting ok, you acknowledge and approve of the use of our cookies.OkRead more